I had the honor and pleasure of delivering the 30th Timlin lecture in economics at the University of Saskatchewan last Wednesday. My talk was on Secular Stagnation, a topic I think Professor Timlin would have approved of. I enjoy giving public lectures. It's fun to connect economic theory to real world policy issues in a public forum. I think I often learn more from the interaction with the audience than they do. It was also an opportunity to learn more of Mabel Timlin and her remarkable story. 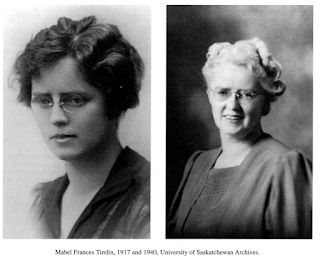