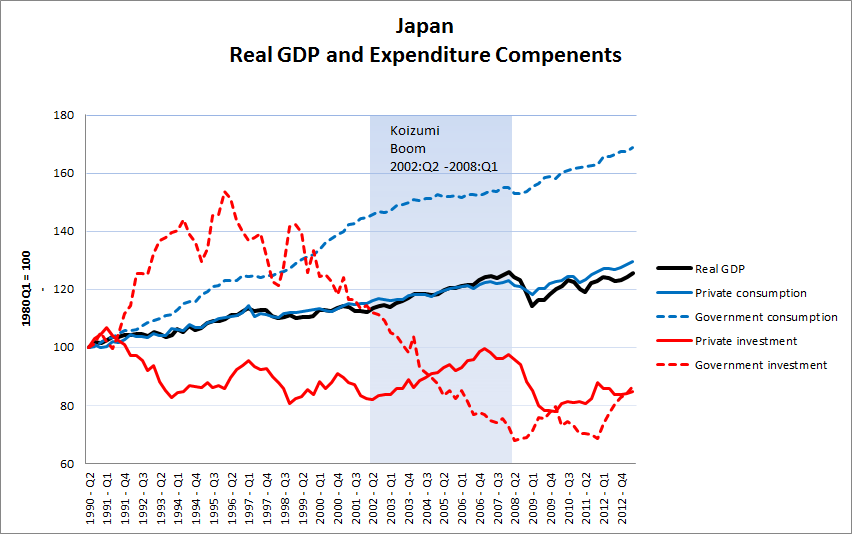 So it seems that there was a boom in private investment during the Koizumi years (something that Krugman gets wrong here, and something I'm not sure he's acknowledged). Moreover, this boom coincided with a slowing or outright contraction in government purchases. And in a liquidity trap era, I might add! What do our conventional "deficient demand" theories have to say about this? Maybe there is something more complicated than a simple IS-LM+liquidity trap story going on? I'm just asking. Humbly yours, DA.
Posted by David Andolfatto at 11:10 AM 13 comments: