Fedcoin: On the Desirability of a Government Cryptocurrency 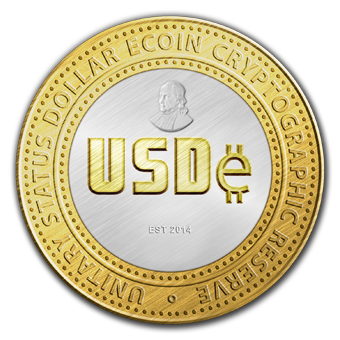 It was J.P. Koning's blog post on Fedcoin that first got me thinking seriously of the potential societal benefits of government-sponsored cryptocurrency. When I was invited to speak at the International Workshop on P2P Financial Systems 2015, I thought that a talk on Fedcoin would be an interesting and provocative way to start the conference. You can view my presentation here, but what I'd like to do in this post is clarify some of the arguments I made there.

As I described in this earlier post, I view a payment system as a protocol (a set of rules) for debiting and crediting accounts, I view money as widely agreed-upon record-keeping device, and I view monetary policy as a protocol designed to manage the supply of money over time.

The cryptocurrency Bitcoin is a payment system with monetary objects called bitcoin and a monetary policy prescribed as deterministic path for the supply of bitcoin converging to a finite upper limit. I view Bitcoin as a potentially promising payment system, saddled with a less-than-ideal money and monetary policy. As the protocol currently stands, bitcoins are potentially a better long-run store of value than non-interest-bearing USD. But if long-run store of value is what you are looking for, we already have a set of income-generating assets that do a pretty good job at that (stocks, bonds, real estate, etc.). [For a comparison of the rates of return on stocks vs. gold, look here.]

Let's set aside Bitcoin's monetary policy for now and concentrate on the bitcoin monetary object. What is the main problem with bitcoin as a monetary instrument in an economy like the U.S.? It is the same problem we face using any foreign currency in domestic transactions--the exchange rate is volatile and unpredictable. (And our experience with floating exchange rates tells us that this volatility will never go away.) Bill Gates hits the nail on the head in his Reddit AMA:


Bitcoin is an exciting new technology. For our Foundation work we are doing digital currency to help the poor get banking services. We don't use bitcoin specifically for two reasons. One is that the poor shouldn't have a currency whose value goes up and down a lot compared to their local currency.

For better or worse, like it or not, the USD is the U.S. economy's unit of account--the numeraire--the common benchmark relative to which the value of various goods and services are measured and contractual terms stipulated. With a floating exchange rate, managing cash flow becomes problematic when (say) revenue is in BTC and obligations are in USD. Intermediaries like Bitreserve can mitigate some this risk but, of course, at an added expense. Hedging foreign exchange risk is costly--a cost that is absent when the exchange rate is fixed.

And so, here is where the idea of Fedcoin comes in. Imagine that the Fed, as the core developer, makes available an open-source Bitcoin-like protocol (suitably modified) called Fedcoin. The key point is this: the Fed is in the unique position to credibly fix the exchange rate between Fedcoin and the USD (the exchange rate could be anything, but let's assume par).

What justifies my claim that the Fed has a comparative advantage over some private enterprise that issues (say) BTC backed by USD at a fixed exchange rate? The problem with such an enterprise is precisely the problem faced by countries that try to peg their currency unilaterally to some other currency. Unilateral fixed exchange rate systems are inherently unstable because the agency fixing the BTC/USD exchange rate cannot credibly commit not to run out of USD reserves to meet redemption waves of all possible sizes. In fact, the structure invites a speculative attack.

In contrast, the issue of running out of USD or Fedcoin to maintain a fixed exchange rate poses absolutely no problem for the Fed because it can issue as many of these two objects as is needed to defend the peg (this would obviously call for a modification in the Bitcoin protocol in terms of what parameters govern the issuance of Fedcoin). Ask yourself this: what determines the following fixed-exchange rate system: Do you ever worry that your Lincoln might trade at a discount relative to (say) Washingtons? If someone ever offered you only 4 Washingtons for your 1 Lincoln, you have the option of approaching the Fed and asking for a 5:1 exchange rate--the exchange rate you are used to. Understanding this, people will generally not try to violate the prevailing fixed exchange rate system. The system is credible because the Fed issues each of these "currencies." Now, just think of Fedcoin as another denomination (with an exchange rate fixed at par).

Now, I'm not sure if Fedcoin should be a variant of Bitcoin or some other protocol (like Ripple). In particular, I have some serious reservations about the efficiency of proof-of-work mechanisms. But let's set these concerns aside for the moment and ask how this program might be implemented in general terms.

First, the Fedcoin protocol could be made open source, primarily for the purpose of transparency. The Fed should only honor the fixed exchange rate for the version of the software it prefers. People can download free wallet applications, just as they do now for Bitcoin. Banks or ATMs can serve as exchanges where people can load up their Fedcoin wallets in exchange for USD cash or bank deposits. There is a question of how much to reward miners and whether the Fed itself should contribute hashing power for the purpose of mining. These are details. The point is that it could be done.

Of course, just because Fedcoin is feasible does not mean it is desirable. First, from the perspective of the Fed, because Fedcoin can be viewed as just another denomination of currency, its existence in no way inhibits the conduct of monetary policy (which is concerned with managing the total supply of money and not its composition). In fact, Fedcoin gives the Fed an added tool: the ability to conveniently pay interest on currency. In addition, Koning argues that Fedcoin is likely to displace paper money and, to the extent it does, will lower the cost of maintaining a paper money supply as part of the payment system.

What about consumers and businesses? They will have all the benefits of Bitcoin--low cost, P2P transactions to anyone in the world with the appropriate wallet software and access to the internet. Moreover, domestics will be spared of exchange rate volatility. Because Fedcoin wallets, like cash wallets, are permissionless and free, even people without proper ID can utilize the product without subjecting themselves to an onerous application process. Finally, because Fedcoin, like cash, is a "push" (rather than "pull") payment system, it affords greater security against fraud (as when someone hacks into your account and pulls money out without your knowledge).

In short, Fedcoin is essentially just like digital cash. Except in one important respect. Physical cash is still a superior technology for those who demand anonymity (see A Theory of Transactions Privacy). Cash does not leave a paper trail, but Fedcoin (and Bitcoin) do leave digital trails. In fact, this is an excellent reason for why Fedcoin should be spared any KYC restrictions. First, the government seems able to live with not imposing KYC on physical cash transactions--why should it insist on KYC for digital cash transactions? And second, digital cash leaves an digital trail making it easier for law enforcement to track illicit trades. Understanding this, it is unlikely that Fedcoin will be the preferred vehicle to finance illegal activities.

Finally, the proposal for Fedcoin should in no way be construed as a backdoor attempt to legislate competing cryptocurrencies out of existence. The purpose of Fedcoin is to compete with other cryptocurrencies--to provide a property that no other cryptocurrency can offer (guaranteed exchange rate stability with the USD). Adopting Fedcoin means accepting the monetary policy that supports it. To the extent that people are uncomfortable with Fed monetary policy, they may want to trust their money (if not their wealth) with alternative protocols. People should be (and are) free to do so.

A number of people have asked me why we would need a distributed/decentralised consensus architecture to support a FedCoin. In the talk I gave in Frankfurt, I actually made two proposals. The first proposal was called "Fedwire for All." This is basically digital cash maintained on a closed centralized ledger, like Fedwire. It would be extremely cheap and efficient, far more efficient that Bitcoin. But of course, it does not quite replicate the properties of physical cash in two respects. First, as with TreasuryDirect, the Fedwire accounts would not be permissionless. People would have to present IDs, go through an application procedure, etc. Second, the Fed is unlikely to look the other way (as it does with cash) in terms of KYC restrictions. So, to the extent that these two latter properties are desirable, I thought (at the time I wrote this piece) that we needed to move beyond Fedwire-for-All to Fedcoin. There may, of course, be other ways to implement these properties. I'm all ears!
Posted by David Andolfatto at 11:38 AM