This post is meant as a complement to my earlier posts: [1] Employment Gaps, [2] Employment Slumps in Canada and the U.S., and [3] U.S. Labor Force on Trend?

In what follows, I report the labor force participation rates (LPRs) for Canada and the U.S., for males and females, and across various age groups (1976-2013). Let's take a look first at  prime-age males and females. 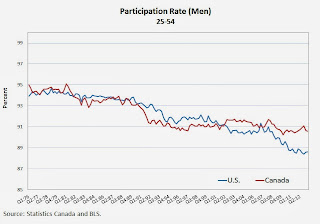 To the extent that one can consider the Canadian LPR a measure of a common trend (the Canadian recession being less severe than in the U.S.), one might be able to support the idea of a 1-2ppt LPR "gap" for the U.S. 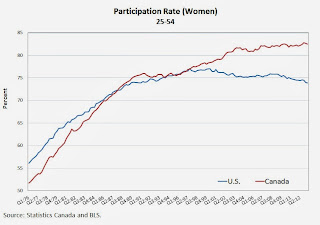 The behavior of prime-age females across the two countries appears quite similar up until the mid-to-late 1990s. The divergence since then has been quite remarkable. (Has anyone heard of any explanation for why this might be the case?)

Here we have teen-aged males and females. In both cases, we see big gaps emerging some time around 2000. 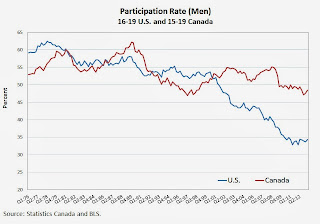 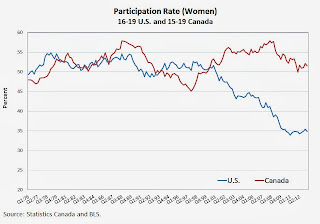 Next we have young males and females. 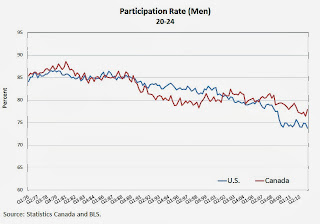 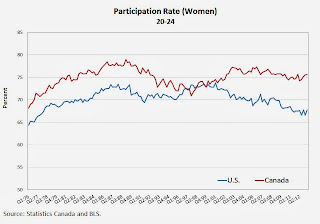 And finally, older males and females: 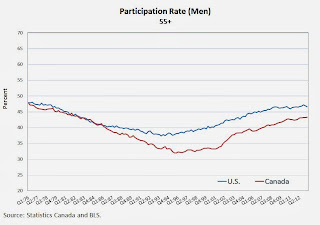 Any comments or suggested references that speak to these patterns would be appreciated.
Posted by David Andolfatto at 8:47 PM