From Barron's yesterday we have this lovely headline: Two Fed Presidents Contradict Each Other on Same Day. 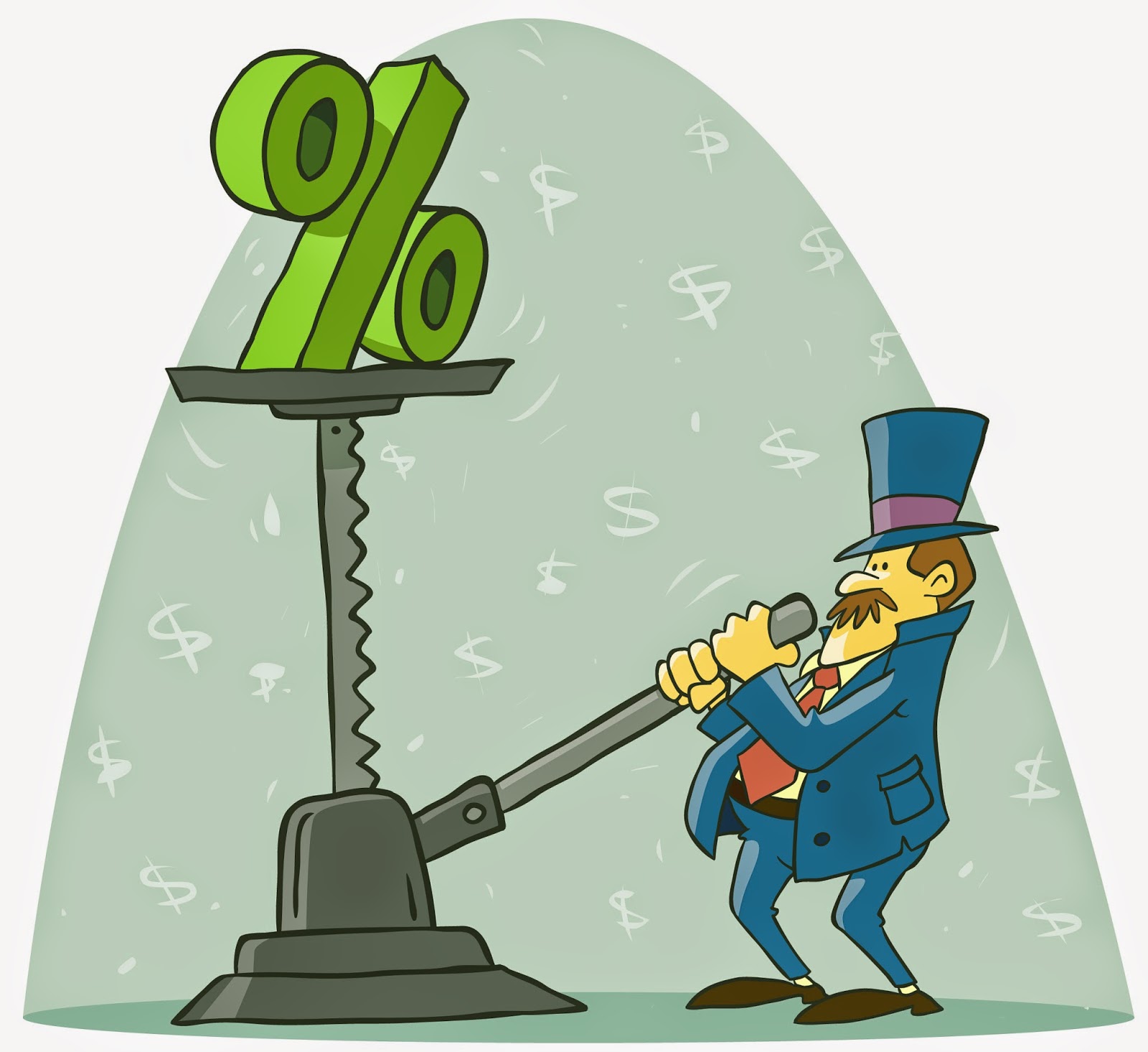 From the dovish corner, Charles Evans, president of the Chicago Fed, suggested that the Fed should be patient about raising rates and not act until 2016. He said:

Given uncomfortably low inflation and an uncertain global environment, there are few benefits and significant risks to increasing interest rates prematurely. Let's be confident that we will achieve both dual mandate goals within a reasonable period of time before taking actions that could undermine the very progress we seek.

Weighing in for the Fed hawks, Kansas City Fed president Esther George said she thought the Fed should raise rates mid-year. Her take:

This balanced approach framework supports taking steps to remove the extraordinary amount of monetary accommodation currently in place. The next phase in this process is to move the federal funds rate off its near-zero setting. While the FOMC has made no decisions about the timing of this action, I continue to support liftoff towards the middle of this year due to improvement in the labor market, expectations of firmer inflation, and the balance of risks over the medium and longer run.

I want to evaluate these two views in the context of a Taylor rule. The Taylor rule is simply a mathematical representation of how the Fed should (or will) set its policy rate in relation to the current state of the economy as measured by inflation gaps (inflation minus target inflation) and output gaps (output minus potential output). Every FOMC member presumably has a Taylor rule in mind if for no other reason than the existence of the Fed's dual mandate (the Congressional mandate that the Fed strive to stabilize inflation and employment around some long-run targets).
A simple version of the Taylor can be written in this way:
i(t) = r* + p* + A[p(t) - p*] + B[y(t) - y*]
where i(t) is the nominal interest rate (IOER) at date t, p(t) is the inflation rate at date t, and y(t) is the (logged) real GDP at date t. The starred variables are long-run values associated with the real interest rate (r*), the inflation target (p*) and the level of "potential" GDP (y*). The parameters A and B govern how strongly the Fed reacts to deviations in the inflation target [p(t) - p*] and the output gap [y(t) - y*].
Let me start with the hawkish view (see also this presentation by Jim Bullard). According to this view, y(t) is below, but very close to y*. So, let's just say that the output gap is zero. PCE inflation is presently around p(t) = 1%. We all know that p* = 2%, so the inflation gap is -1%. Now, we have some leeway here with respect to the parameter A, but let's assume that the Fed responds aggressively to the inflation gap (consist with the Taylor principle) so that A=2.
Now, if we think of the long-run real rate of interest as r* = 2%, then our Taylor rule delivers i(t) = 2%. Presently, the Fed's policy rate is i(t) = 0.25%. So, if you're OK with these calculations, the Fed should be "lifting off" (raising its policy rate) right now. Oh, and don't call it a "tightening." Instead, call it a "normalization." After all, even with i(t) = 2%, the Fed is still maintaining an accommodative stance on monetary policy because 2% is lower than the long-run target policy rate of r* + p* = 4%.
What about the doves? Because doves like to emphasize the unemployment rate, the argument of a large negative output gap is now harder for them to make (see also here). But one could reasonably make the case that the output gap--as measured, say, by the employment rate of prime-age males--is still negative, let's say [y(t) - y*] = -1%. Let's be generous and also assume B=1.
Now, if we continue to assume r*+p* = 4%, our dovish Taylor rule tells us that the policy rate should presently be set at  i(t) = 4% - 2% - 1% = 1%. So the recommended policy rate is lower than the hawkish case, but still significantly above 25 basis points.
Thus, if we take the historical Taylor rule as a decent policy rule (in the sense that historically, it was associated with good outcomes), then one might say that the hawks have a stronger case than the doves. Both camps should be arguing for lift-off--the only question is how much and how fast.
On the other hand, something does not seem quite right with the hawk view that things are presently close to normal and that the Fed should therefore normalize its policy rate. All we have to do is look around and observe all sorts of strange things happening. The real interest on U.S. treasuries is significantly negative, for example. Indeed, the nominal interest rate on some sovereigns is significantly negative. This does not look "normal" to a lot of people (including me). And so, maybe this is one way to rescue the dovish position. For example, one might claim that the real interest rate is now lower than it normally was, e.g., r* = 1%. (see this post by James Hamilton). If so, then this might be used to justify delaying liftoff.

Regardless of positions, everyone seems to assume that liftoff will occur sooner or later. But as Jim Bullard observed here in 2010, the promise of low rates off into the indefinite future may mean low rates (and deflation) forever. Few people seem to take this argument seriously except for, gosh, the predictions seems to be playing out (see Noah Smith's post here). For those who hold this position, the question of liftoff becomes more like now or never, rather than sooner or later.
To conclude, we see that the contradictory views expressed by Evans and George might spring from something as basic as a disagreement on what constitutes the "natural" rate of interest r*. Further disagreement might be based on the appropriate measure of "potential" y* and on the appropriate size of the parameters A and B. There are also other concerns (like "financial stability") that are not captured in the Taylor rule above that might lead Fed presidents to adopt different views on policy.
In the immortal words of Buffalo Springfield: "There's something happening here, What it is ain't exactly clear." What this something is, its root cause, and what might be done about it seems rather elusive at the moment. And I mean elusive not in the sense that nobody knows. I mean in the sense that everyone seems to have an opinion, most of which are mutually inconsistent. It makes for interesting times, at least.
Posted by David Andolfatto at 1:48 PM