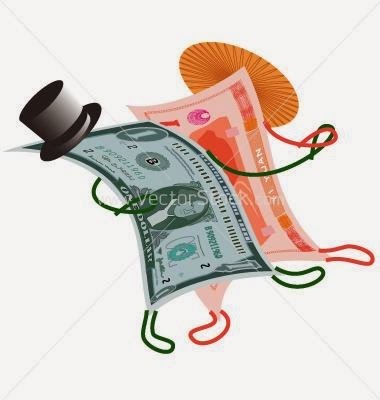 Was there an easy way to bet on a CHF/EUR appreciation? In retrospect (it's always in retrospect), perhaps there was.

Central bankers are by nature a highly conservative bunch. They become uncomfortable with things that are unfamiliar. Like historically huge balance sheets, for example. With an ECB QE policy on the horizon, there was the prospect of EUR for CHF conversions proceeding at an even more rapid rate--leading to a very, very large SNB balance sheet. My thought is this: we should have guessed that the SNB would have at some point in this process lost its nerve and abandoned the peg, allowing their currency to appreciate And if it didn't lose its nerve, the peg would have been maintained, so we would not have lost on the other likely outcome of my proposed bet.

As for the SNB abandoning its peg, especially the way it did, well, it seems rather odd to me. It would have made sense if one thought that EUR inflation was likely to take off. But all the worry at present is directed toward the prospect of EUR deflation. Yes, that's right, the SNB is stocking up on a currency whose purchasing power is projected to increase. And as for being concerned about EUR inflation because of QE, it seems unlikely to me that the ECB wouldn't be willing and able to defend its low inflation target.

In short, I think the SNB could have let it's balance sheet grow much larger without any significant economic repercussions. Instead, by removing the peg as they did, they suffered a huge and needless capital loss on their EUR assets. Strange move? But how can we argue against the past success of Swiss bankers?

On the plus side, I suppose we can no longer claim the Swiss to be boring!
Posted by David Andolfatto at 7:50 PM