Like a Good Neighbor: Evan Koenig on NGDP targeting 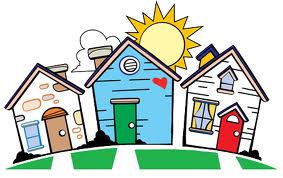 Bill Woolsey points me to a nice paper by Evan Koenig that provides a theoretical foundation for NGDP targeting: Like a Good Neighbor.

I like this paper a lot. Koenig is a lucid writer. The theory is sound and easy to understand. It provides a solid basis from which we can progress in our thinking about the subject.

The formal framework of analysis is a DSGE model. The model is "dynamic" in that it has 2 periods (current and future periods). The baseline model is an endowment economy (he later extends the model to a production economy). Future output is subject to a productivity (TFP) shock. The model agents are heterogeneous: there are debtors and creditors. Creditors have their income front-loaded; debtors have their income back-loaded. Because there is uncertainty over future income (RGDP), debtors are subject to income risk. In an ideal arrangement (e.g., the outcome of Arrow-Debreu securities exchange, or some cooperative arrangement), there is perfect risk-sharing between creditors and debtors. What this means is that creditors and debtors share in future good times and in future bad times -- just the way good neighbors should.

Koenig then assumes that markets are "incomplete" in the sense that private state-contingent contracts (insurance markets) do not exist. The only financial instrument is nominal debt. (This is a "cashless" economy -- "money" is just a numeraire -- but as in the Woodford analysis, the numeraire has real consequences, given the assumed nominal rigidity.) The monetary authority is assumed to have perfect control over the inflation rate.

For a given inflation rate (interpreted as a strict inflation target), the equilibrium allocation sucks. How so? Given that this is an endowment economy, monetary policy has absolutely no control over the RGDP. The problem turns out to be how the future RGDP is distributed ex post, relative to how it should have been allocated if an ex ante insurance market was available. Risk is misallocated under an inflation target.

What is the intuition for this? To try to map things into contemporary events, let's examine what happens in his model economy when it falls into recession. In that event, the future RGDP turns out to be low (and there is nothing anyone can do about it). But with a fixed nominal interest rate and a fixed inflation rate, the real rate of return on debt is fixed. If debtors make good on their obligations, then creditors do not share any of the recessionary burden--they are not being good neighbors, the way an optimal risk-sharing arrangement would have recommended. [Note: attempts to lower the nominal interest will help alleviate the debt burden to the extent that indebted households are permitted to refinance. So, even if Sumner et. al. do not consider such policy as "easing," I think it clearly would be in the present context.]

As usual, there is a state-contingent fiscal policy that rectifies this situation (by redistributing income appropriately). But alternatively--and perhaps more simply--why not follow a policy that causes the price-level to move countercyclically with the productivity shock? (See also this paper by Henry Siu). The effect of this policy would be to deflate the real debt burden of debtors during a cyclical downturn--redistributing some of the burden back to creditors--just as a good neighbor policy would have dictated. As it turns out in this simple version of the model, a NGDP target exactly replicates the efficient allocation (even it if does not prevent or even mitigate the downturn in RGDP). The Fed should permit a period of higher-than-normal inflation when the economy falls into recession owing to a negative productivity shock. After all, it's what people would have wanted ex ante (even if all do not agree with the policy ex post).

What to make of this? Well, there's definitely something here that rings true. But now let's ask a few questions. What triggers a recession in this economy? The event is a negative productivity shock -- some sort of negative "aggregate supply shock." Is this what we think triggered the 2008 recession? Maybe. In a richer model with productivity growth, a slowdown in growth could generate a decline in asset prices, a contraction in economic activity, followed by slower growth (if the event was a persistent regime shift, for example).

Alternatively, some people point to the sharp increase in food and energy prices in early 2008 as type of adverse supply shock; see here. Scott Sumner offers this type of interpretation for Canada here. The idea here is that the negative supply shock contracted real economic activity. An "accommodating" central bank would have let inflation rise. But the hard-headed inflation targeters prevented this from happening -- resulting in a contraction in aggregate demand, which further exacerbated the decline in real income. [Actually, I'm not sure what prevents the central bank from stabilizing RGDP in his model -- just crank the AD curve up along the the SRAS curve -- no?]

Well, that's all fine and good as far as it goes, but almost all none of this story can be supported by Koenig's baseline model which is, after all, an endowment economy (with market clearing). Koenig does extend his model to include production: future output is a function of current investment (provided creditors) and future labor (provided by debtors). The qualitative nature of the results reported above are not changed. However, a strict NGDP target is no longer optimal--instead, policy should stabilize nominal consumer spending.

But not everything smells quite right in this extended version: it has some annoying "neoclassical" properties. So, for example, when productivity turns out to be low in the future, the high debt burden faced by the worker-debtors induces them  to work harder (via a negative wealth effect) . Although the real wage declines owing to lower productivity, the offsetting wealth effect is not likely to generate a significant decline in employment. Indeed, employment may even boom in the model if debtors value consumption highly and if they are motivated to work hard to pay off their obligations. On the other hand, the ability to default on debt could make things work the other way. Unfortunately (from the perspective of the model), if workers default on their debt, they may work less, but they can now afford to consume more. The idea of a consumption boom driven by distressed households seems hard to swallow. So there are still some bugs to work out.

Overall, I'd say that the Koenig model is a good place to start thinking about monetary policy in a world of nominal debt and risk-sharing motives. I am not entirely convinced, however, that the type of shock modeled by Koenig is entirely relevant for understanding present circumstances. And even if we believe that the shock + nominal rigidity highlighted by Koenig played some part in the recession, can it plausibly account for what is happening now five years after?

Don't get me wrong: I think that the redistributive consequences of macroeconomic shocks are too often downplayed (that's one reason why I like the OLG model I talked about here -- the one that Bill Woolsey did not find insightful, for reasons he felt best to leave private). But in macroeconomics, we are also interested in the transmission mechanism by which redistributive shocks can have aggregate effects. This transmission mechanism is absent from Koenig's model. His reference to Mian and Sufi (2011) suggests that he has in mind depressed consumption demand originating with the distressed worker/households of his model. But this line of reasoning does not take adequate account of the "winners" in his model (and in reality). Shouldn't they be embarking on a consumption spree with their windfall gain, largely offsetting the depressed spending from the "losers?" [Moreover, in his extended model, where creditors (winners) are also the investors, his model likely predicts an impending investment boom.]

I'll repeat the question I've asked the NGDP crowd before. Let me grant that adopting a NGDP target may be a good idea at some point in the near future, say, to guard against future recessions. But what about right now? Should the Fed immediately adopt a policy designed to take NGDP back to its original trend path, and would doing so immediately help the real economy (and if so, by what mechanism exactly?).  Keep in mind that we are talking now 5 years out from 2008 -- much, if not most of the household deleveraging process is likely complete.

If the answer is "no," then why is NGDP (RGDP) still below its original trend level? If the answer is "yes," then what is the mechanism? If you were to explain it to me in plain simple Koenig-like language, it would be greatly appreciated.
Posted by David Andolfatto at 6:08 PM