Labor Force Participation Gaps Between the U.S. and Canada

Am hearing some talk about whether the U.S. labor market can fully recover to its pre-Covid19 levels. Is it possible that a sizeable number of workers with marginal attachment to the workforce decide to remain out of the labor force? For example, this crisis, unlike the one that preceded it, has been associated with large increases in personal wealth. Workers on the cusp of retiring may now choose to do so earlier? (This is just one of the many stories I hear.)

For what it's worth, I thought I'd update my labor market participate blog post from 2013 which compared participation rates across Canada and the U.S., for males and females, and across different age categories. You can find my old post here along with some links to related posts. Below I report the updated data.

Remember, an individual is counted "in the labor force" if they are either employed (working) or unemployed (actively searching for work) in the previous 4 weeks from the time the labor force survey enquires about labor market status. 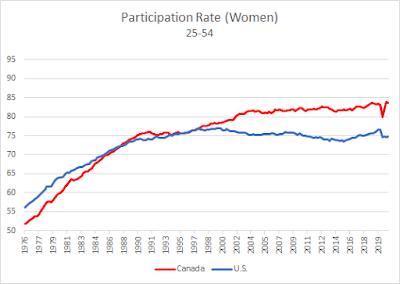 The increase in female labor participation is well-known. Less well-known is how U.S. female participation rates have diverged from other countries (I think Canada is more similar to Europe, last time I checked).  Let's take a look at prime-age men. 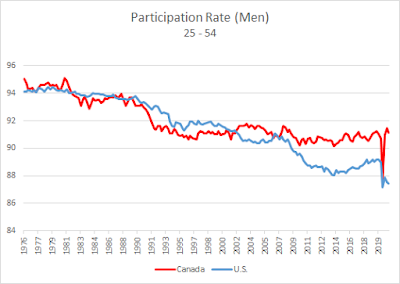 For the U.S., a secular decline throughout the sample, with evidence of a short-lived rebound from 2016-2019. The Canada-U.S. gap emerged during the Great Recession and is now wider than its ever been. This does suggest there's considerable room for an employment rebound for this demographic. But what accounts for the cross-country gap?

I provide the other diagrams without commentary. 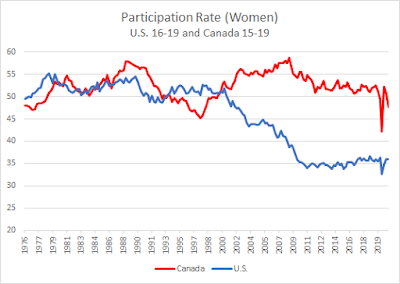 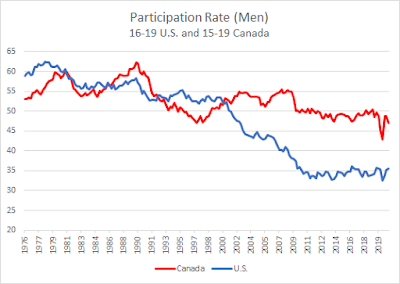 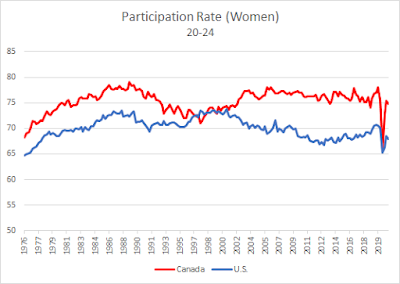 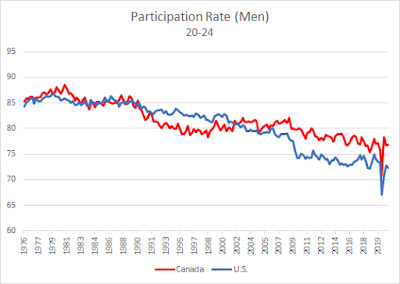 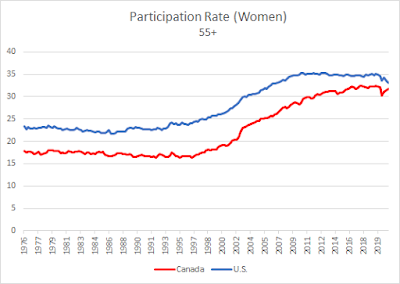 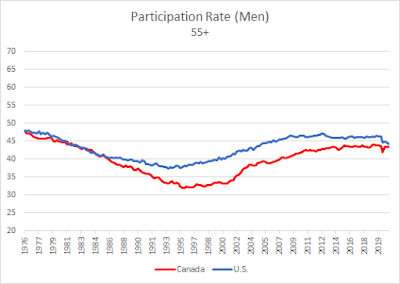 Posted by David Andolfatto at 6:09 PM