On Cochrane's dream of equity-financing banking 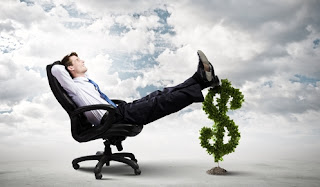 John Cochrane has a dream where the banking sector is financed entirely with equity. The dream is premised on the notion that debt-financed endeavors--especially those using short-term debt--are prone to runs. Run-prone structures can cause, or contribute to, financial crises. The possibility of crisis invites government regulation. Government regulation leads to regulatory arbitrage, much of which occurs in the shadows of the financial market. Which leads to more (now harder-to-monitor activities), leading to ... well, you get the picture. Why not just structure a regulatory framework that permits equity-financed banking ventures, like SoFi, to weave their (run free) magic? It's a good question. I'm not sure what the answer is. But I wonder if it's all as easy and straightforward as Cochrane makes it out to be.

So what do banks do? We can get a grasp of their business model by comparing the structure of their balance sheets to other financial intermediaries. In many respects, the asset side of these balance sheets looks broadly similar: they consist of cash reserves, bonds (government and corporate) and other securities. Retail banks also hold personal and small business loans, which they typically originate as a part of their business. The differences on the liability side of financial intermediaries are much more striking. Pension funds issue time-dependent liabilities. Insurance companies issue state-contingent liabilities. Banks issue demandable liabilities. In all three cases, one wouldn't be so far off in forming the impression that financial intermediaries are fundamentally just "asset-transformers" (they transform a set of assets into structured liability products that people find useful).

Banks, in other words, are in the business of supplying a particular structured liability product: the demand deposit liability (DDL). It is Cochrane's worst nightmare. That's because the DDL is a "fixed-value promise." Specifically, a DDL promises redemption at (or close to) par for cash. But it's even worse than this because the promise is to redeem on demand (rendering the DDL a form of short-term debt). Worse still, the banking system does not possess enough cash in reserve to honor these short-term obligations in the event that all DDLs are presented for redemption at once (this is what it means to be a fractional reserve banking system). And as if things could not get any worse, they actually do. These bank-created DDL products -- they're used widely as payment instruments. That's right, banks are in the business of creating money (out of their assets).

Before I go on, I want to say something about the manner in which "deposits" is used in discussions of banking. It is sometimes said that "banks take deposits." But what does this mean? Even a Las Vegas slot machine takes deposits (and issues a very unattractive state-contingent liability in exchange, I might add). Well, yes, I can make a deposit of cash at my local bank. And my employer "deposits" my paycheck in my bank account (in reality, just a debit-credit operation on a ledger). But this is probably not the best way to think about "deposits." I sometimes like to say that banks don't take deposits--they create deposit liabilities. Related to this notion, the banking system does not "lend out cash." The banking system funds its assets (including loan creation/acquisitions) by creating DDLs. (At the individual level, banks need to acquire cash to fund their operations only to the extent they want or need to meet some reserve requirement). Cash finds its way into circulation whenever the owners of DDLs exercise the redemption option embedded in the DDL contract. Alright, with this out of the way, let me continue.

It's not been easy to discover the fundamental economic (or social) rationale for banks (defined here as intermediaries that fund their assets, including their loans, through DDLs). Economists have struggled to understand debt, never mind demandable debt. Probably the best theory of bank debt we have is still the Diamond and Dybvig (1983) model. Like any model of debt, certain "financial market frictions" need to be present; else, the Modigliani-Miller theorem holds, in which case we should all be living in Cochrane's dream world (assuming no bad government fairy, of course).

The root frictions appear to be what economists label "private information" and "limited commitment." Among other things, limited commitment renders all sorts of assets, like our human capital, illiquid. In a frictionless world, there is no reason why I shouldn't be able to buy my Starbuck's latte by peeling off a slice of my house or my future earnings. It just doesn't work. That's what banks are for. They measure the value of my house, my future earnings, and they create DDLs that are backed by their assessed value of the collateral I have to offer. They would be performing an equivalent service by acting as licensing agents whose job is to verify the quality of the promises I issue (imagine an Andolfatto-IOU stamped as "BoA approved.") What's not entirely clear is why banks couldn't just get me the money I need by the way SoFi does--by first acquiring state-created money from willing lenders?

To put things another way, if banks are primarily in the business of payment services, why are they not limited to that business? Why are banks permitted to create money? (Why should banks help render my illiquid assets liquid?) Why not make banks hold 100% cash reserves? And then let the financial market handle matching lenders with borrowers, a la SoFi? This is the line taken by those who favor "narrow banking" proposals (see, e.g., Musgrave, 2014).

I have yet to digest all the arguments made by Musgrave and others. But they make enough sense to be taken seriously (so I plan to continue reading). I have a lot of questions. I am not bought into Cochrane's claim that equity is a run-proof security. The equity traded on junior exchanges, for example, does not appear run-proof (one can "run" to your stock broker and scream "sell, sell, sell!" just as easily as you can "run" to your bank to ask for your money). Moreover, there's a lot of evidence to suggest that equity makes lousy money. Gorton and Pennacchi, 1990 claim this is the case because equity is "informationally sensitive," and (senior tranches of) debt is not. Like it or not, most contracts are drawn up in nominal terms. In such a world, it would be terribly inconvenient, I think, to have floating NAV MMMF shares used as an exchange medium. People seem to like fixed-exchange rate systems (which is what DDLs are, after all).

What I would really like to see is how their claims stack up in a formal model. After all, the Diamond and Dybvig model does suggest the possibility of a trade-off. Maturity transformation enhances risk-sharing (when conventional markets are absent or too costly to operate), but potentially exposes the bank sector to self-fulfilling bank runs. A narrow banking regime kills risk-sharing but enhances financial stability. So in some jurisdictions, the switch to narrow banking might be worth making (although, there may be other ways to enhance the stability of fractional reserve banks, like central bank lender-of-last resort facilities, etc.).

I suspect that narrow banks might work relatively well in low-inflation environments, but possibly not so well in high-inflation regimes. The reason is because high inflation imposes a big tax on cash reserves (unless they pay interest, I guess). In such an environment, fractional reserve banks may be preferred as a way to escape the inflation tax by offering a higher rate of return on their DDLs. (Of course, it would be better to encourage a low-inflation regime, but that's not always possible).

So, these are just a few of the thoughts that came to mind after reading about Cochrane's dream. It's an interesting debate and I look forward to reading a lot more about it.

Posted by David Andolfatto at 7:55 AM