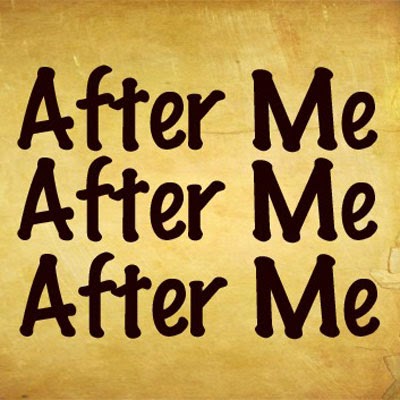 While I'm a huge fan of Roger Farmer's work, I think he gets this one a little wrong:  Repeat After Me: The Quantity of Labor Demanded is Not Always Equal to the Quantity Supplied. I am, however, sympathetic to the substantive part of his message. Let me explain.

The idea of "supply" and "demand" is rooted in Marshall's scissors (a partial equilibrium concept). The supply and demand framework is an extremely useful and powerful way of organizing our thinking on a great many matters. And it is easy to understand. (I have a pet theory that if you really want to have an idea take hold, you have to be able to represent it in the form of a cross. The Marshallian cross. The Keynesian cross. Maybe even the Christian cross.)

The Marshallian perspective is one in which commodities are traded on impersonal markets--anonymous agents trading corn and human labor alike in sequences of spot trades. Everything that you would ever need to buy or sell is available (absence intervention) at a market-clearing price. The idea that you may want to seek out and form long-lasting relationships with potential trading partners (and that such relationships are difficult to form) plays no role in the exchange process--an abstraction that is evidently useful in some cases, but not in others.

I think what Roger means to say is that (repeat after me) the abstraction of anonymity, when describing the exchange for labor services, is a bad one. And on this, I would wholeheartedly agree (I've discussed some of these issues in an earlier post here).

Once one takes seriously the notion of relationship formation, as is done in the labor market search literature, then the whole concept of "supply and demand" analysis goes out the window. That's because these well-defined supply and demand schedules do not exist in decentralized search environments. Wage rates are determined through bargaining protocols, not S = D. To say, as Roger does, that demand does not always equal supply, presupposes the existence of Marshall's scissors in the first place (or,  more generally, of a complete set of Arrow-Debreu markets).

And in any case, how can we know whether labor markets do not "clear?" The existence of unemployment? I don't think so. The neoclassical model is one in which all trade occurs in centralized locations. In the context of the labor market, workers are assumed to know the location of their best job opportunity. In particular, there is no need to search (the defining characteristic of unemployment according to standard labor force surveys). The model is very good at explaining the employment and non-employment decision, or how many hours to work and leisure over a given time frame. The model is not designed to explain search. Hence it is not designed to explain unemployment. (There is even a sense in which the neoclassical model can explain "involuntary" employment and non-employment. What is "involuntary" are the parameters that describe an individuals' skill, aptitude, etc. Given a set of unfortunate attributes, a person may (reluctantly) choose to work or not. Think of the working poor, or those who are compelled to exit the labor market because of an illness.)

Having said this, there is nothing inherent in the neoclassical model which says that labor market outcomes are always ideal. A defining characteristic of Rogers' work has been the existence of multiple equilibria. It is quite possible for competitive labor markets to settle on sub-optimal outcomes where all markets clear. See Roger's paper here, for example.

The notion that supply might not equal demand may not have anything to do with understanding macroeconomic phenomena like unemployment. I think this important to understand because if we phrase things the way Roger does, people accustomed to thinking of the world through the lens of Marshall's scissors are automatically going to look for ways in which the price mechanism fails (sticky wages, for example). And then, once the only plausible inefficiency is so (wrongly) identified, the policy implication follows immediately: the government needs to tax/subsidize/control wage rates. In fact, the correct policy action may take a very different form (e.g., skills retraining programs, transportation subsidies, job finding centers, etc.)

Posted by David Andolfatto at 11:40 AM