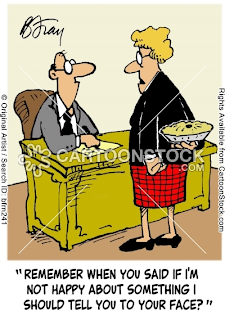 Former Fed employee, Andrew Huszar, lays into the Fed here: Confessions of a Quantitative Easer. His opening salvo is a doozy:

I can only say: I'm sorry, America. As a former Federal Reserve official, I was responsible for executing the centerpiece program of the Fed's first plunge into the bond-buying experiment known as quantitative easing. The central bank continues to spin QE as a tool for helping Main Street. But I've come to recognize the program for what it really is: the greatest backdoor Wall Street bailout of all time.

What supports his claim that QE is a "bailout" for Wall Street? The fact that stock prices have risen. Goodness. Was he hoping instead that the Fed's QE program might have caused asset prices to plunge?

Perhaps not. But what about "Main Street?"


Despite the Fed's rhetoric, my program wasn't helping to make credit any more accessible for the average American. The banks were only issuing fewer and fewer loans. More insidiously, whatever credit they were extending wasn't getting much cheaper. QE may have been driving down the wholesale cost for banks to make loans, but Wall Street was pocketing most of the extra cash. 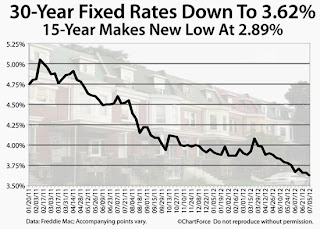 I love the contradictions that emerge from his ill-thought-out diatribe. On the one hand, he claims that QE has had a marginal (but positive) impact on the real economy. But on the other hand, he suggests that QE has averted (postponed) an economic disaster -- a situation that would have forced our policymakers to confront the real structural problems that beset this great nation.

Here is Mr. Huzsar on CNBC, where he appears to backtrack a bit. And for good reason: Melissa Lee dismantles him immediately with facts that contradict his argument. Most of his discourse is a babbling brook of incoherence. What is the man saying? What is his point?

At its most basic level, QE is simple to understand in terms of its motivation and its operation. To begin, it's not about printing money and injecting it as "gifts" or "bailouts" to various agents in the economy. The Fed is legally prohibited from such activites (which lie in the domain of fiscal policy).

All the Fed is permitted to do with the new money it creates is to buy securities--mainly government securities, but recently also agency debt (mortgage backed securities issued by Fannie and Freddie). Agency debt currently yields about 3%. Fed paper yields (1/4)% or less. The Fed makes a profit on the interest rate differential. It remits this profit to the U.S. taxpayer (remittances have hit record levels in recent years).

The purpose of printing money to buy agency (and other) debt is to drive up the price of these instruments--equivalently, to drive down their yields. Savers who have government bonds and other securities in their wealth portfolios experience capital gains as interest rates fall. Homeowners refinance their mortgages at lower rates, releasing purchasing power for other purposes. Lower interest rates will hopefully stimulate capital (and other forms of) spending. That's the basic idea.

How well has it worked? The effects have likely been modestly positive. But nobody knows for sure. What are the costs? I am hard pressed to identify immediate costs. Huszar suggests that one cost has been to divert attention away the real structural problems that need to be fixed. I agree with this sentiment, but disagree that it has anything to do with QE per se. It has more to do with the general belief that monetary policy can fix the problems at hand. There may, of course, be future costs to contend with, like future inflation. But inflation and inflation expectations remain low and anchored.

I'm not sure what Mr. Huszar was expecting when he took his "dream job." What did he expect a bond buying program to entail? What would he have done differently and why?  And as for his apology, I'll take it more seriously when I see him return his salary to the American people.

Posted by David Andolfatto at 8:58 AM